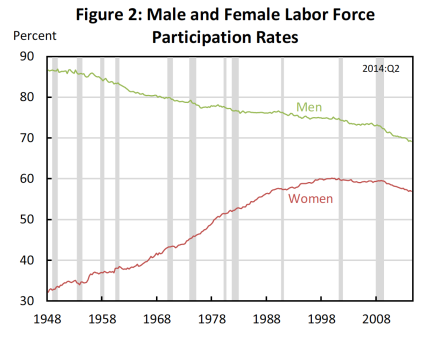 Pretty much all I think about these days is women’s labor force participation, primarily in India. One of the big things on my mind is how increased reports of sexual assault, rape, and other crimes against women, particularly on public transportation, affect labor market entry and exit, hours worked etc. I’m clearly not the only one thinking about this as the Indian government has released a budget detailing pretty significant investment in women’s safety and to address crime.

From an article on the new budget:

“Women’s safety is a concern shared by all the honourable members of this House. We need to test out different approaches that can be validated and scaled up quickly,” he said.

The government plans to spend $9 million on a pilot scheme to improve women’s safety on public transport, and an additional $28 million in large cities.

“Crisis Management Centres” will also be set up in all government and private hospitals in the capital, to provide support to victims of crimes such as rape and domestic violence.

The number of crimes against women in India reported to the police such as rape, dowry deaths, abduction and molestation increased by 26.7 percent in 2013 from a year earlier, rising to 309,546 from 244,270, the National Crime Records Bureau says.

One of the primary questions is whether these increases in rape, dowry death , abduction and molestation are a result of some changes in female autonomy, or labor force participation, or something else that could lead to backlash, or whether it’s just an increase in reporting due to reduced stigma associated with reporting. It could also be something else all together, of course, but at least someone’s paying attention.

A few posts caught my eye today by bloggers discussing different, but related topics. All of them suggest that the most measurable outcomes are not necessarily the metrics of policy success or failure we should focus on.

Francisco Toro, at his new blog the Campaign for Boring Development, comments on how microfinance may not raise the incomes of participants, but it does have the potential to increase standards of living.

Matt Yglesias, at Slate, slams the media for misinterpreting (willfully?) the CBO report that says the equivalent of more than 2 million full time (equivalent) jobs will disappear as a result of the ACA. The Plum Line says it’s not a “job-killer,” but people might choose to work fewer hours because now they can afford healthcare. Is that really so bad?